Tarlton served as Construction Manager for the Stephen and Peter Sachs Museum Renovation and Addition at the Missouri Botanical Garden. Renovations to the museum, which is on the National Register of Historic Places, restored the interior as closely as possible to the Henry Shaw era.

The main level is being used for exhibits, and a portion of the basement was remodeled for use as a gallery for artwork and other displays. A new building connecting to the existing structure through an east-facing exterior wall houses public restrooms, fire stairs and an elevator, making the museum ADA-accessible.

As the final budget was being developed, the Tarlton team removed part of a plaster drop ceiling in a room on the first floor and uncovered hidden pieces of history: the original barrel vault ceiling and painted portraits of three individuals who were greatly influential in the field of botany. It was an exciting discovery that was incorporated into the finished museum. 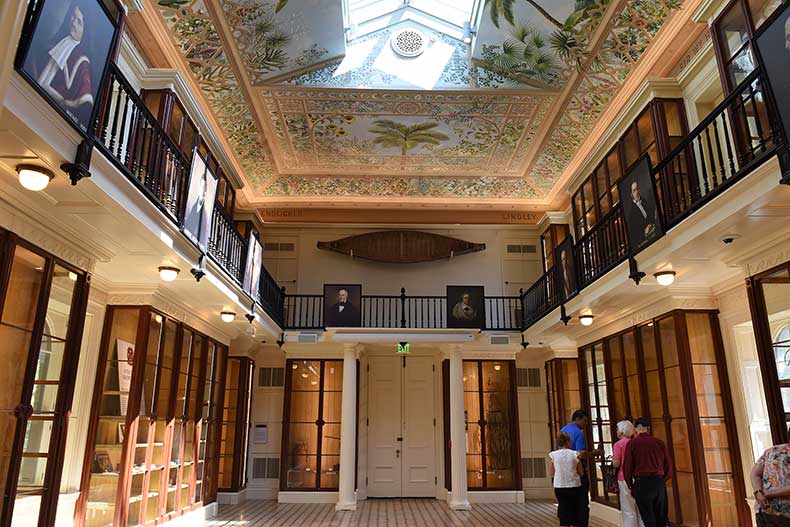